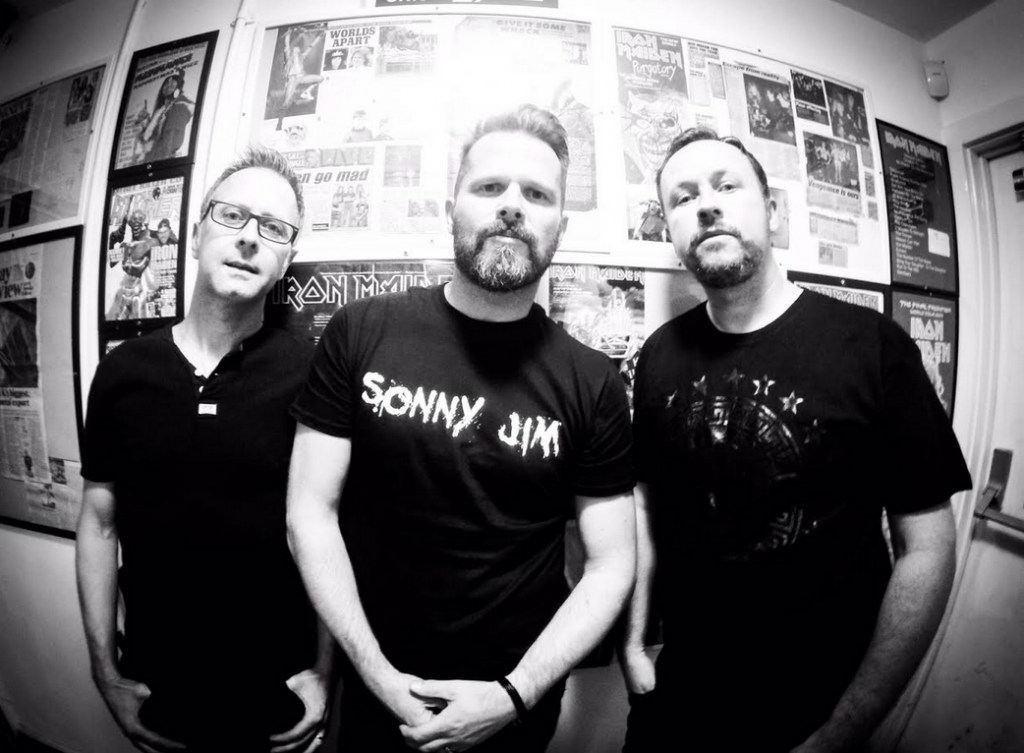 January 2017 album release
M.A.D (Middle-Aged Debauchery)
The kind of album that you might expect from musicians that have been around the scene since the early 90’s; polished, accomplished, and bloody massive. With experience comes a stubbornness of doing it your own way, no-one is going to try and tell these guys what to do after all this time. The end result being a rock album that bucks trends. Sonny Jim aren’t Rival Sons retro, neither do they want to be Alter Bridge or Black Stone Cherry. So the chugging, train like guitars that so many UK bands try to emulate these days are nowhere to be seen… or heard. Devils Gate Media,

“These guys have really got something here! … They play with the gusto of Chris Spedding &/but have
the balls of a Viking Warrior! … Fantastic stuff! Way Out Radio

“Sonny Jim have become something of an earworm here. Elements of Foo Fighters and upbeat Feeder weave into this heavy yet adorable” Classic Rock Magazine

“They come from Wales and don’t have the most ‘rawk’ of band names. But since we were handed their debut LP Soul King Fire this week (by a friend of theirs, also Welsh), Sonny Jim have become something of an earworm here. Elements of Foo Fighters and upbeat Feeder weave into this heavy yet adorable tune. Go on, give it a spin, then get a tattoo. Of Sonny Jim. ON YOUR FACE. Or not… But definitely check them out.” Classic Rock

Something for everyone on this album, great songs with both attitude and melody
DevilsGateMedia

This is the best record of the 21st century. A monster. A-list Jeff Cooper Radio 2XS


Sonny Jim are a 3 piece guitar based combo from Bridgend, South Wales. We first discovered the band back in 2012 and promptly released their debut EP, ‘What’s Up With You?’ which captured a raw and heavy sound. Two singles taken from their debut EP received both regional and national radio play. 2013 then saw Sonny Jim release ‘The Freaks EP’ together with a brilliant video to their monster track, ‘Freakshow’.

Sonny Jim then released their awesome debut album ‘123’ but only in a traditional format to preserve their mystic. We quickly secured Sonny Jim US licensing in 2014 at a time when the band started receiving interest in the UK and internationally. Sonny Jim released their second album ‘Soul King Fire’ in 2015. The album is a mature and considered offering but retains that heavy yet melodic ‘Sonny Jim’ sound. Tempted by an oversees offer,

Sonny Jim remained faithful to their roots and Holier Than Thou Records. We proudly released Sonny Jim’s third album ‘Middle-Aged Debauchery (M.A.D)’ in 2016 and the album quickly attracted positive press .

The strength of Sonny Jim lies in the consistent quality of their songwriting and recordings. Sonny Jim thrive on playing edgy hard rock with souring melodies.

Sonny Jim top 10
Sonny Jim have produced 3 albums to date and are about to record number 4. The band got together and chose their favourite tracks. Here is the definitive top ten Sonny Jim songs montage. A video/ top ten song release will then begin on social media and YouTube daily. Will your fav track be on the list..?